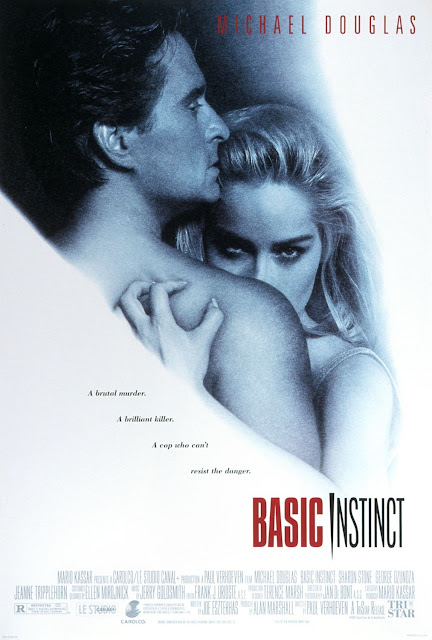 A violent, suspended police detective investigates a brutal murder, in which a manipulative and seductive woman could be involved.

Over-the-top  sex & crime thriller effectively makes you forget the nonsensical plot and creates an overcharged lurid atmosphere, a bit like Vertigo on acid.

Halliwell*: "Overheated, overlong melodramatic thriller with an implausible plot that requires its audience to accept that Michael Douglas is irresistibly attractive to bisexual women. But the skill and pace of the direction makes one regret that they were not exercised on better material."