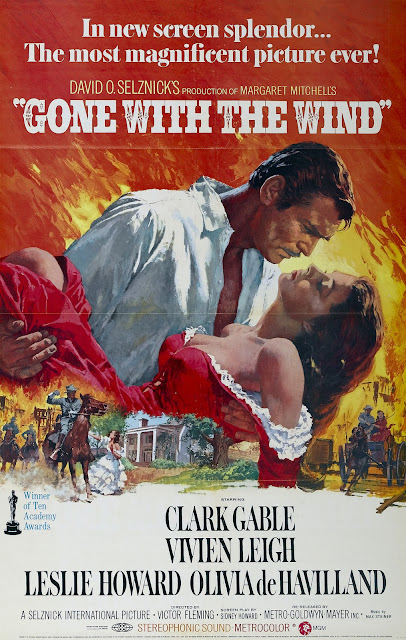 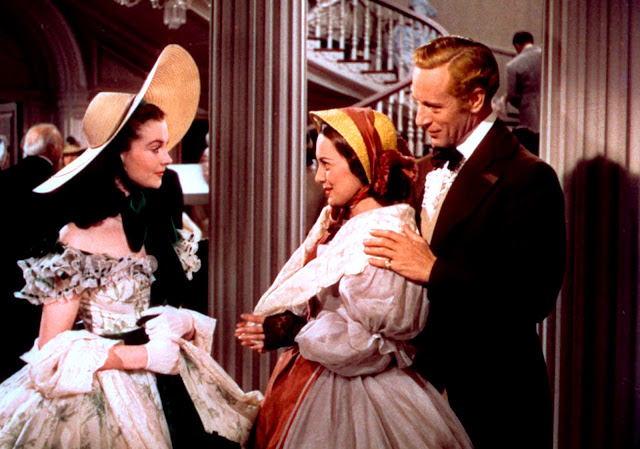 A manipulative woman and a roguish man conduct a turbulent romance during the American Civil War and Reconstruction periods.

Halliwell****: "The only film in history which could be profitably revived for forty years: 'still pure gold', said the Daily Mirror in 1975. Whole books have been written about it: its essential appeal is that of a romantic story with strong characters and an impeccable production. The widescreen version produced in the late sixties ruined its composition and colour, but it is to be hoped that the original negative still survives."

Maltin****: "If not the greatest movie ever made, certainly one of the greatest examples of storytelling on film, maintaining interest for nearly four hours."

Posted by William Kretschmer at 12:40 AM