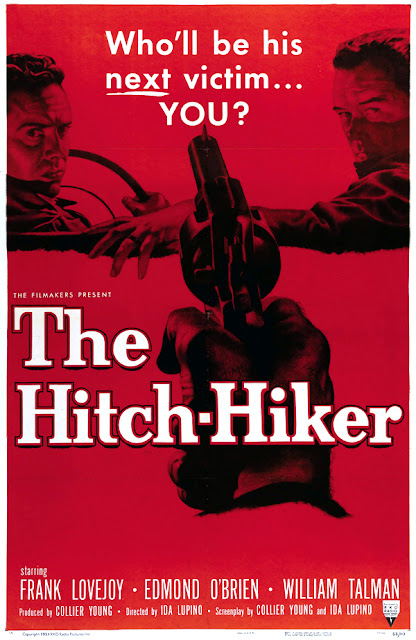 Two fishermen pick up a psychotic escaped convict who tells them that he intends to murder them when the ride is over.

Tough, no nonsense thriller  with a good male-only cast (but by a female director!) was certainly a shocker at its time, but seems now a bit meek compared to today's standards.

Halliwell**: "A tense, paranoid thriller, based on a actual crime."

Maltin**1/2: "Well-made suspense yarn...Good performances, especially by a venal Talman in the title role, but the film's once-powerful impact has been muted by decades of more graphic and imaginative films."

Posted by William Kretschmer at 4:04 PM