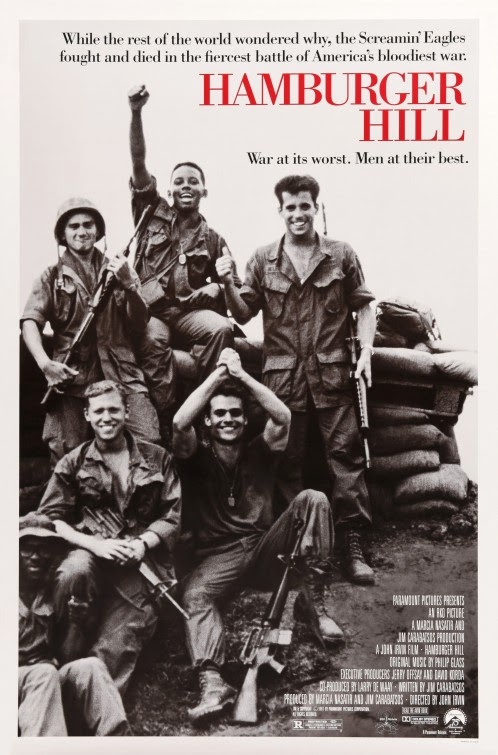 The series of assaults (which resulted in heavy casualties to both the American and North Vietnamese forces) commenced on May 10, 1969, with the hill finally being taken on May 20.

Gripping, realistic and well played war drama with a disturbingly strong stance against the opponents of the Vietnam war.

Halliwell*: "One of several Vietnam pics released almost simultaneously; neither the worst nor the best."

Maltin**: "Cold, clinical, yet occasionally preachy re-creation of some true-life Vietnam carnage...Authentic, with expertly staged battle scenes - but limited in its emotional power."

Posted by William Kretschmer at 1:08 AM